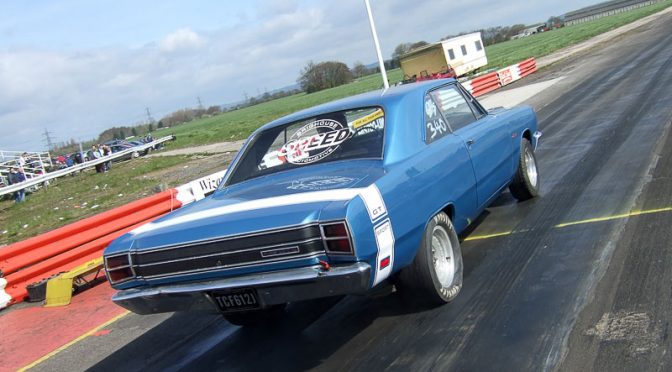 The original 340ci block of Craig’s Dart was rebuilt and fitted with a Herbert cam with 480-degree lift, new valves and Manley pushrods.  The car was featured in the March 2007 issue of American Car World.

The 340 was eventually replaced with a 408ci small block with a 550 lift cam and iron heads. The first run at York Raceway’s Easter ’07 RWYB resulted in a 12.9 second ET.