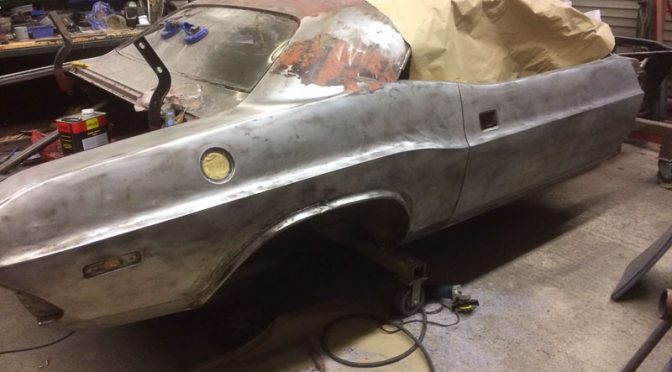 Powered by a 360ci motor with a Nash-Chrysler 4 speed and Dana 60 rear end, the Challenger ran an 11.56 @ 126mph during it’s final season in the SS/L class. The car was then parked and remained in storage right up until 2017 when it was imported to the UK by Duncan Watts.  We took ownership in 2018 and can’t wait to bring the car back to it’s best.

Thanks to Dave McCallan at McCallan Automotive a new rollcage has been fitted, and we have now taken the body back to bare metal. Check back for more progress pics later this year!