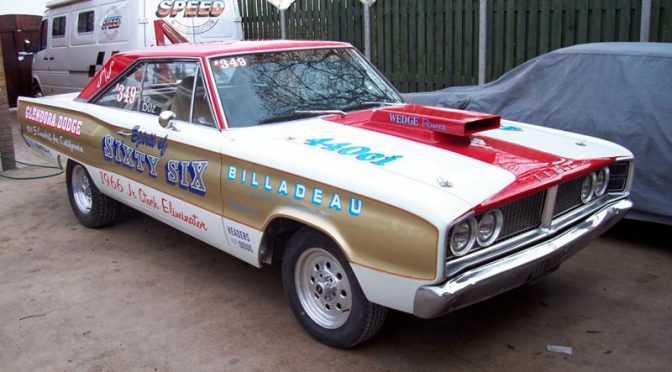 Bozzy steps up, replacing the old Dart with a 1966 Coronet, which he brought over to us before hitting the strip.  New front suspension parts, brakes and push rods were fitted, along with the hood scoop and general MOT work.

Andy returned with the car prior to the 2009 season and it was given a full classic Super Stock paint job, becoming the ‘Spirit of Sixty Six’.