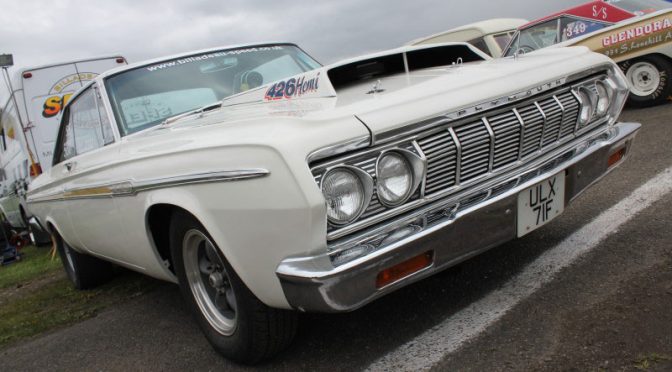 Bought in as a new street/strip project for the 2010 season, this 1964 Plymouth Fury was lined up for the full Billadeau treatment.

The body was stripped back ready for a panel by panel, full bare metal respray.  Once the bodywork was complete, the installation of a Dana 60 followed.  The motor was the next stage – a cross rammed 426 HEMI.

With the body all prepped for paint, work began on on the 426ci HEMI.

The car was fully repainted and reassembled ready for the HEMI to be installed.

The car hit the track in May 2010, running low 12’s and consistently too! Dave took victory in rounds 2 & 3 of American Super Stock.  At the Nostalgia Nationals later that year, the Fury achieved a new best ET of 11.85 in scorching sunshine.

The car was featured in the January 2011 issue of American Car Magazine.