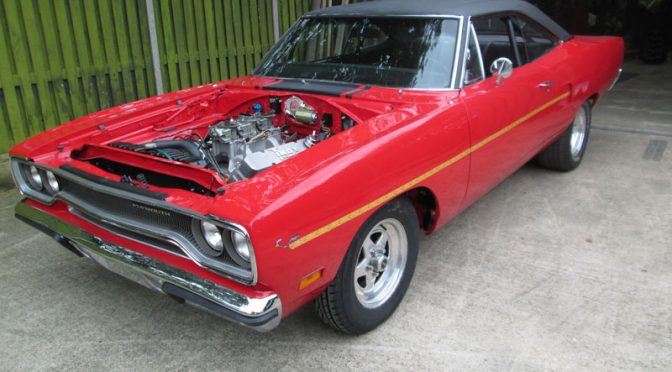 A real Air Grabber car, originally bought by Dave as a long term background project.  The Road Runner didn’t really get the time it needed though and Richard, who had just sold his ’69 Road Runner, was up for the challenge.

Well here’s the result!  An absolute stunner, thanks to the hard work of Richard Ward, Ashley Rawson and Richard Granger.  Billadeau Speed built the 500ci Six Pack engine for the car, with Indy EZ heads and a mechanical cam.  The motor made 580hp with 600 ft-lbs of torque!